Britain’s motor industry did not exist in 1894, not only because the motor car itself was new and rare, but because British legislation still discouraged its use. It was not until pioneers like Walter Arnold & Sons (of Kent) took the plunge that any sort of domestic manufacture took place.

In 1894 Walter Arnold imported a 1.5-liter Benz from Germany, believing that the climate for motoring must soon change and that there was a market for the new-fangled ‘horse-less carriages’ in the UK. He agreed with Benz to produce a British version of the car. The first customer car was sold before the 1896 Act ‘liberated’ the British car, almost certainly making the Arnold-Benz the first ‘British’ car to go on sale. 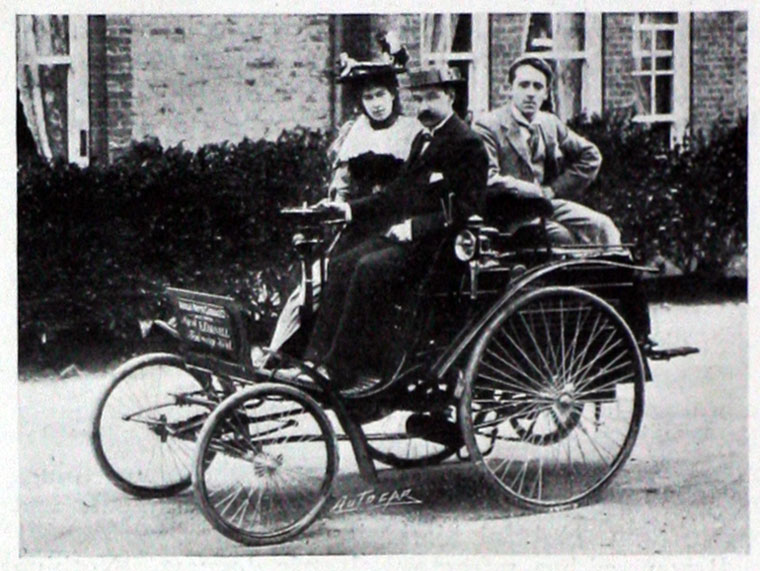 Over in Germany, Benz was in direct competition with Daimler, whose UK branch in Coventry produced the first British-built Daimler cars from 1896. Unlike in Germany, however, the Benz-based cars did not prosper, and only a dozen machines were built and sold before Arnold abandoned its enterprise. This was not the end of the Arnold company, however, as a descendant of the concern exists in the UK today. web page image spacer The very first Arnold car (an amalgam of British and German components and engineering), known as ‘Adam’, actually took part in the London-Brighton ‘Emancipation Run’ in November 1896, and is today on show in the National Motor Museum at Beaulieu. Like the Benz cars of the day, the Arnold was built around a wooden chassis frame, which was strengthened with iron flitch plates. The engine itself was an oversquare single-cylinder unit, with an atmospheric inlet valve (which opened when the cast iron piston sucked in the mixture on its induction stroke), and a gravity-fed surface carburetor.

The engine was located under the high mounted seats, driving the rear wheels through a two-speed ‘fast and loose’ pulley clutch, with a final drive from the transmission cross-shaft by exposed chain (which had to be lubricated at least once every day). To start the engine, the flywheel was rotated by the chauffeur’s gloved hand.

Like the running gear, the rest of the design was crude, with spindly wire-spoke wheels (those at the rear is much larger than the front), external-contracting brake bands at the rear, and a spoon brake on the solid rear tire. A driver could count himself lucky if he completed a 30-mile journey (at 30 mpg fuel economy) without a breakdown of some sort. This, though, was pioneer British motoring, without which the motor car could never have progressed.